Halloween is high-time for companies & advertisers to get clever; here are a four examples of holiday campaigns that perfectly embody the trick or treat ethos. 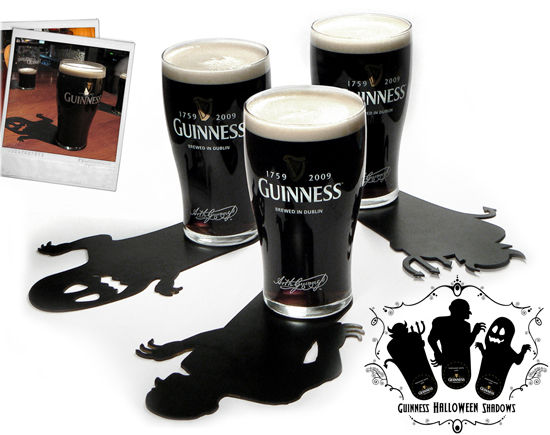 Guinness used these Halloween shadow coasters to create a buzz in Romania a few years back. Simple but eye-catching, it’s a great example of creative marketing that can be executed without costing a lot of money. 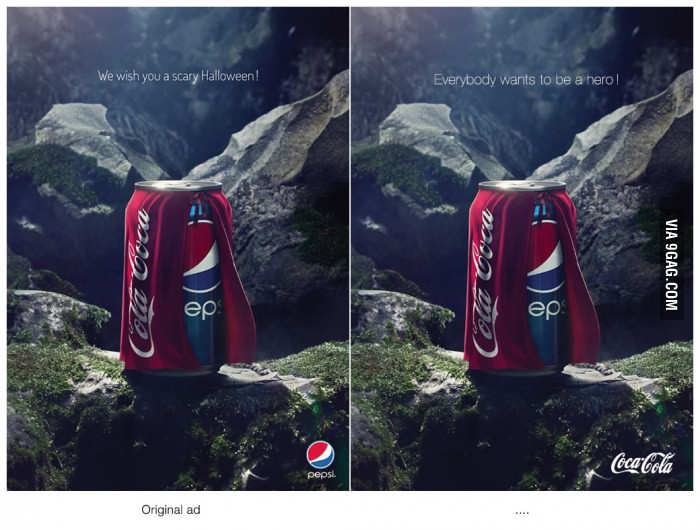 Pepsi tried to throw shade at Coke in 2013 with this fairly clever Halloween-related jab, but their initial attack was overshadowed by blowback from ‘the internet’ at large. While it’s unclear whether or not the counterattack was actually an official reply from Coke, the damage was done since now it’s almost impossible to see the original ad without also seeing the response. Careful you don’t bite off more than you can chew when you poke fun at a competitor. 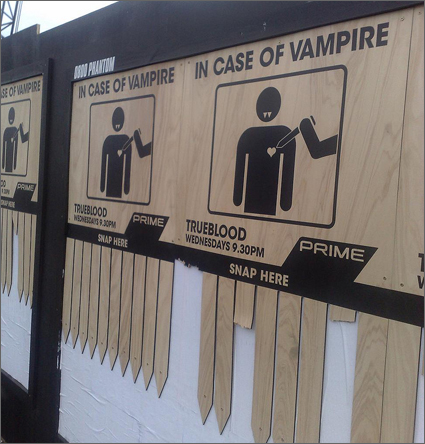 These posters for True Blood went up in New Zealand back in 2009, advertising for the show while simultaneously educating & arming the population in case vampires ever attacked Auckland. It’s public service & promotion, all at once.

Episodes of the Tiny Hamster series from Hello Denizen regularly amass over a million views, and their latest Halloween effort is well on the way to hitting that mark. The clips aren’t tied to any product specifically, they’re simply short pieces to be clicked, shared & watched. It’s pure content, like the human ‘victims’ in this video, meant for nothing but consumption.