The Client: Winner of the World Beer Cup a record 4 times, Firestone Walker Brewing Company is known for pioneering barrel-aged beers, and crafting iconic pale ales. This family owned brewery has set themselves apart as leaders in the craft brewing industry. Although California-based, Firestone Walker is available in more than half of the United States. One of the company’s latest beer introductions included Firestone Walker 805. 805 is not only the area code where the brewery is based, but it is also the name of one of the company’s most recent beer releases. 805 is a blonde ale. Firestone Walker wanted to embody all things California with this brew. 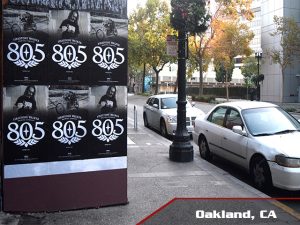 The Campaign: Based on the central California coast, Firestone Walker wanted to expand their branding efforts to the San Francisco Bay area, and posterGIANT was happy to assist with a wildposting campaign in San Francisco, Berkeley, and Oakland to help spread the word to the people of the area. 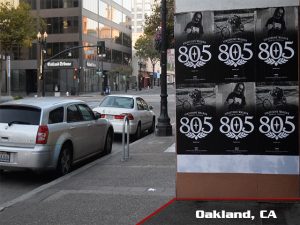 The Results:  805’s timeless label was unmissable in both Oakland and the greater San Francisco area. With well over 70,000 possible daily impressions in the areas posted, the campaign successfully heightened awareness of the new craft brew and the Firestone Walker brand overall. Another great example of Out of Home (OOH) advertising hitting the desired marketing target; dead-center. 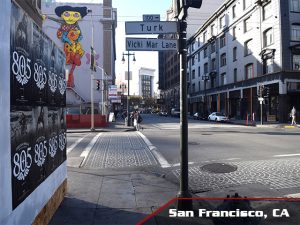